The Clark County Public Library has a number of yearbooks from schools, colleges, & universities in the Bluegrass region. We hope you are able to visit our Local History Room and check them out for yourself! The Library also has a number of yearbooks digitized. We are providing low-quality excerpts from a number. If you would like a higher quality image, please contact the reference department and we will be able to help. 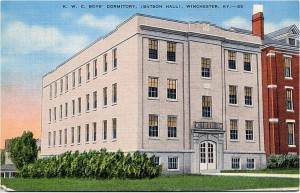 Kentucky Wesleyan College was started when the Kentucky Conference of the Methodist Episcopal Church, South, voted to found a college at Millersburg. Classes began in 1866, after peace was restored following the Civil War, and the first commencement was in 1868. In 1890 they moved to Winchester, where they remained until 1951. Kentucky Wesleyan moved to Owensboro in 1951 and is still there to this day.  Their yearbook was called The Porphyrian

Volumes of The Porphyrian

After Kentucky Wesleyan College moved to Owensboro, the Kentucky Bible College purchased many of the former buildings and land and started a school in Winchester.  In 1958, they changed their name to Southeastern Christian College.  They operated until 1979, when they were forced to close due to lack of funds and low enrollment.  Their yearbook was originally entitled The Beacon and later became The Torch 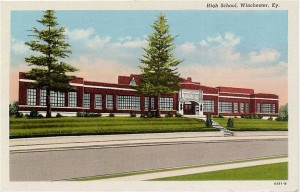 Clark County High was founded in 1912 in collaboration with Kentucky Wesleyan College to provide a high school education for the children in the county.  Paradoxically, it was never  more than several blocks away from Winchester High School, first located in a building on KWC’s campus before moving to its permanent location on 234 W. Lexington Avenue.  The Clark County High Yearbook was named The Cardinal.

Volumes of the Clark County Cardinal 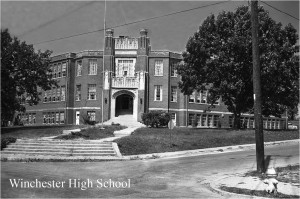 Winchester High School was created to allow the children of the city of Winchester to continue their education. Originally it was part of the Hickman Street School until the high school was granted their own building on South Burns Avenue (the Library currently sits on the grounds of what once was Winchester High.) Winchester High was closed and merged with Clark County High to form George Rogers Clark High School.  Their yearbook was entitled The Shawnee.

Volumes of the Winchester High Shawnee 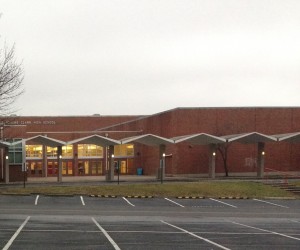 Volumes of the GRC Cardinal